10 Helpful Websites (we all should know)
This video was the subject of one of our weekly quizzes, but it had such good info, I decided to include it in the regular Club notes. Below you can (re)watch the video, or just click on one of the links located below that to go directly to one of the sites mentioned in the video.
Photopea - Edit photos for free https://www.photopea.com/
Numbeo – Cost of Living comparison https://www.numbeo.com/cost-of-living/
Rave- Make your own Video Mashups https://rave.dj/
How Secure Is My Password? - https://howsecureismypassword.net/
Eat This Much - Dietary help https://www.eatthismuch.com/
Outrider – Bomb Blast https://outrider.org/nuclear-weapons/...
​GIPHY-Library of free animated images https://giphy.com/
Is It Normal? Embarrassing questions https://www.isitnormal.com/
Tiii.me - How long is my show binge? http://tiii.me/
The Onion - The Original Fake News https://www.theonion.com/
Sleepyti.me -When to go to bed https://sleepyti.me/

Can I download a YouTube video to my Computer?
YouTube is designed only to allow users to watch and view videos on their website. Many users want to download or save their favorite YouTube videos to their computer so they can watch them without being connected to the Internet, or on other devices.  YouTube does not allow you to download videos directly from their site. You need to use a third party download service on another website to download a YouTube video. There are many of these free third party services, a simple Google search will find them for you, none of which I can personally recommend.  As with all third party apps, be careful what you use, especially when downloading files to your computer.

There is a solution, YouTube Premium, a YouTube service that allows you to download videos and music easily as well as removing all ads.  They offer the first month free, then an ongoing monthly fee of $11.99 which you can cancel at any time. 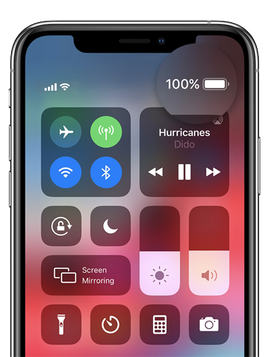 What are EMFs and are they Dangerous?
EMFs, or electro magnetic fields and the electromagnetic forces they represent are an essential part of the physical world and of life itself. Electric and magnetic fields occur naturally within the body in association with nerve and muscle activity. We also experience the natural magnetic field of the Earth (to which a magnetic compass responds) and natural electric fields in the atmosphere. But what we are talking about here are the EMFs created by the devices we use and how they affect us.  For more details on EMFs and whether or not we should be worried about them, take a look at the video below.

Q: Should I ever click on an Unknown Link?
A: OMG NO, NEVER, NEVER EVER! 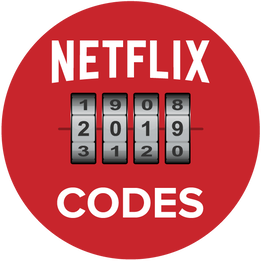 Does Netflix have SECRET CODES?
Maybe you've heard about Netflix, the online streaming giant, if you haven't, get out from under that rock.  Netflix, of course, is one of the largest online sources for TV shows, movies, documentaries and more, and for a monthly subscription it allows you to access thousands upon thousands of titles.  The problem is that finding some of those titles is sometimes very difficult. Well, a solution is right here, the website, Finder, out of Australia, has compiled the complete list of over 27,000 genres on one page.  Simply open the above link in your browser, find the genre you want to search thru and click on the link, the link will then automatically open that genre in Netflix in your browser on a new Tab.

Extensions for Safari
Safari is the native web browser that comes with every Apple computer and offers lots of features to the Mac user.  Safari can also take advantage of browser extensions, just like all the other browsers (IE, Chrome, Firefox, Opera, Brave, etc).  And just like the other browsers most of the extensions are free, but as with all third party products, do some research on your chosen extension before installing it, as in recent years, browser extensions have been the target of many different kinds of hacking.  For everything you need to know about Safari extensions, take a look at Apple's support page on the subject.

What is Signal Messaging App?
Signal is one of several apps that allow you to connect with people all over the world in a secure manner, and as long as you're in WiFi, all your communications are free.  Signal allows you to communicate with other Signal users in a variety of modes, including; text messages, audio voice recordings, images, videos and phone calls.  Signal offers end-to-end encryption on all your communications.  The app is available for Android and iPhone users and is free in either of those official app stores.

There are other similar apps, such as What's App (which was recently bought by Facebook which may make your data less secure), Telegram, Line and many others. For a more complete list of alternatives to Signal, take a look here. For help setting up Signal on your smartphone, take a look at the video below.

Clicking on an Unknown Link is like believing in a Lie.

The 100 Worst Passwords
Microsoft analyzed a database of 3 billion leaked credentials from security breaches and found that more than 44 million Microsoft accounts were using passwords that had already been compromised elsewhere. Password reuse is a sure-fire way to get yourself, your accounts and your data into trouble, especially if you are using one of the world's worst passwords. The list below was compiled by NordPass and includes the 100 worst passwords. If you're using any of the passwords below, you might want to change them ASAP.

What's the Difference: Bluetooth & WiFi?
You've probably heard of Bluetooth and WiFi, but might not know the differences between them.  Let's start with some similarities first, both WiFi and Bluetooth share their space in the Ultra high frequency (UHF) band between 300 MHz and 3GHz on the electromagnetic scale, along with other gadgets like baby monitors, cell phones, and more. You’ll also find WiFi advancing into the Super high frequency (SHF) band between 3GHz and 30GHz in its most recent evolution.

It’s because of these separate bands that you can listen to things like your morning AM radio talk show while at the same time browsing the web on your smartphone. Connecting through WiFi on your phone uses the UHF band, whereas AM radio uses the lower frequency bands between 535 kilohertz and 1.7 megahertz.

Bluetooth differs from WiFi in several ways, for one, Bluetooth is best suited for low bandwidth applications, like connecting keyboards or mice to your computer, whereas WiFi is better suited to operating a full scale network due to its faster connection and better range and greater security.  In terms of range, Bluetooth can cover from around 5' to 100', WiFi can cover up to 100' indoors and 300' outdoors. Regarding frequency, Bluetooth works only on the 2.4 GHz band, and WiFi works on the 2.4, 3.6 and 5 GHz bands. In terms of bandwidth, Bluetooth uses a low bandwidth at 800 Kbps and WiFi uses a high bandwidth at 11 Mbps.  The bit rate used by Bluetooth is 2.1 Mbps and WiFi uses 800 Mbps.  What all these number mean is that WiFi is a more hardy signal that allows for longer distances between connected devices.

Like any other radio wave signal, WiFi is susceptible to interface from other devices that are using the same frequency band. This can include things like microwave ovens, cordless telephones, and other Bluetooth devices which rely on 802.11 b and g networking standards. Because of this potential for interference, WiFi signals come with different channels allowing these devices to jump at will. There’s 11 channels in the United States standards, 14 in Japan, and 13 in Europe.

Unlike WiFi, which connects devices to the Internet and shares big chunks of data back and forth, Bluetooth is more concerned with small-area networks and connecting individual devices together without requiring an internet connection. However, like WiFi, Bluetooth also operates on the same radio frequency band at 2.45GHz, but the potential for interference is a lot lower. Why’s that? Two reasons:
How to Change Your WiFi Password
Most Router/modems come with standard passwords on them, usually printed on a tag somewhere on the router itself, but there's nothing stopping you from changing the password and the network name to whatever you want.  The video below goes over the easiest way to change both your WiFi network name and password, thereby adding some extra security to your system.