Aug 4, 2022 - How to Create a Hotspot with Your Smartphone, What is a Firewall?
​How to Configure Windows Defender, 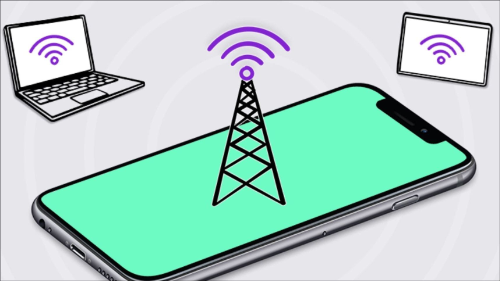 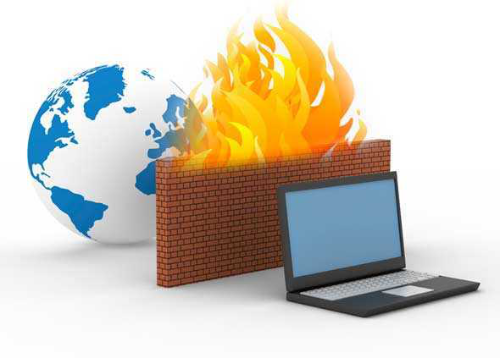 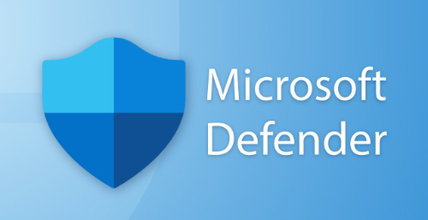 Aug 11, 2022 - How to Clear Your Smartphone Cache, Sending Group Emails on a Smartphone, What is Wi-Fi Calling and Why Should I use it? 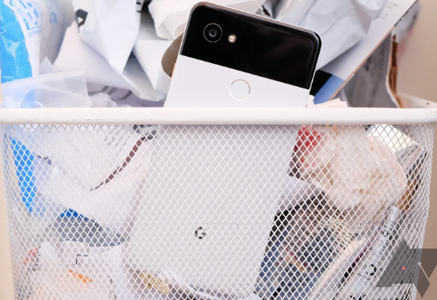 How to Clear Your Smartphone Cache
Caching, as it's known in the computing world, lets applications like browsers, games, and streaming services store temporary files deemed relevant to reduce the load times and make the overall experience faster. YouTube, Spotify, Google News, and plenty of other apps save information as cache data. This can be video thumbnails, search history, or snippets of video stored temporarily to minimize the redundancy of having to ask the user for input or pull up information from the internet frequently. But cache and data are not the same thing.


The primary reason for someone to clear the application cache would be to free up storage, which might have an impact on the phone's performance. But clearing data is a much more dramatic step which is generally reserved for when an app is buggy or fails to start. It could be a result of an app update gone wrong resulting in corruption of previous cache files, untested server-side changes, misbehaving software, or a new OS update.  To learn more about how to clear your cache and data on a variety of Android devices, take a look at this article. For those of you using an iPhone, take a look at this article on how to clear cache and data. 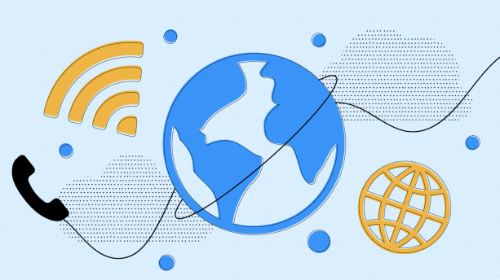 How To Use Wi-Fi Calling
There are multiple benefits to using the Wi-Fi Calling feature on your smartphone. Most importantly, it allows you to make or receive calls even when you have poor or non-existent network coverage. So it can be beneficial if you live or work in an area with poor outdoor or indoor cellular service. Another good thing about Wi-Fi calling is that you don’t need to do anything apart from enabling the feature. All your calls and texts function as they would if you used the cellular network. And since the feature is baked right into the phone’s dialer, no additional downloads are necessary, and all your contacts are available whether or not they are using Wi-Fi calling. To learn more about how to enable Wi-Fi calling on your Android device, take a look at this article. To enable Wi-Fi calling on your iPhone, take a look at this article.

Aug 18, 2022 - Health Apps on Your Smartphone, Tablet vs. Laptop, Chromebook vs. Laptop,
​Improving Home Wi-Fi, How to Cancel Your Internet Service Correctly, 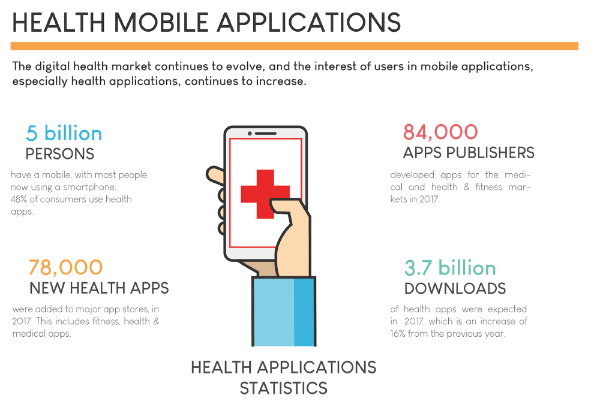 Smartphone Health Apps
In recent years, smartphone makers have been leaning heavily into health features, from counting your steps to keeping track of your heartbeat and much more. The ability of your device to track your personal health stats gets more popular with each generation of smartphone. Because of this burst in popularity, there are plenty of third party apps that will track various aspects of your person, some are free, some are not.  But you don't need to look any further than the device you bought, as both Android and iPhones come with a built in health app that will collect plenty of health data for free.  To learn more about how to use Google Fit on Android devices, take a look at this article.  To learn more about the Apple Health app, take a look at this article. 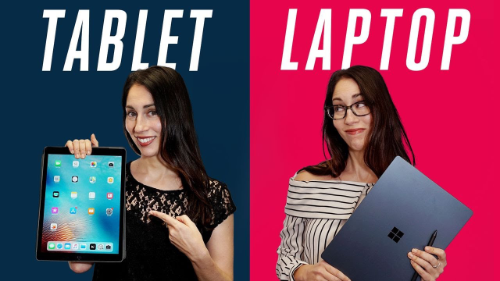 Tablet vs. Laptop
Ever since tablets appeared on the market, the question has become, "Can I replace my laptop with a tablet?" The answer: it all depends on what you plan on using your device for. Laptops are designed for productivity, whereas tablets are designed for media consumption. You'll probably want a laptop if you can only afford one device. Budget laptops cost the same as mid-tier tablets and can do much more. To learn more about the differences between tablets and laptops, take a look at this article.
And when talking about tablets vs. laptops, it wouldn't be fair not to include Google's Chromebook. When it first appeared, Chromebo0k was little more than an elaborate version of the Chrome browser, but in the last decade Chromebo0k has matured and now may be the perfect replacement for your traditional laptop (0nce again, depending on what you plan to use your device for). To see how Chromebo0k compares to a traditional laptop, take a look at this article. 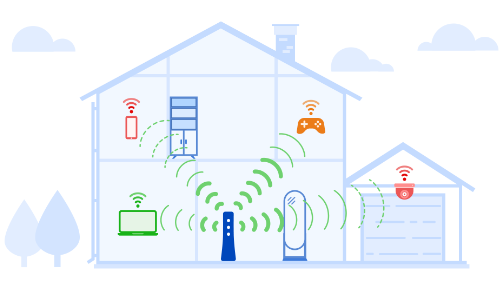 Troubleshooting Home Wi-Fi
If you've been having some issues with your home Wi-Fi connection, and let's face it we've all been using our home Wi-Fi more in the last couple years, there are some things you can do to improve it, most are free, some cost money. You can start by checking your Wi-Fi connection and signal strength, or even something as simple as cleaning your router.  To learn more about all the things you can do to improve your home Wi-Fi, take a look at this article. 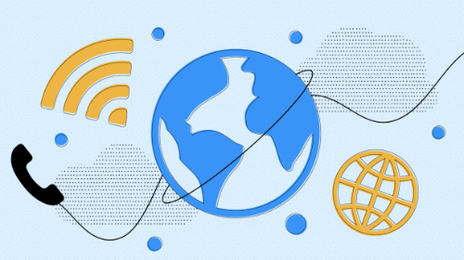 What is Wi-Fi Calling?
Wi-Fi calling allows you to seamlessly use any Wi-Fi connection to make or receive calls when your network signal is weak. If you’re at home and there’s a dead spot in the back bedroom, or the bars on your smartphone drop down to one when you go into the bathroom, then your phone can automatically switch to your home Wi-Fi network and use that to make and receive calls. To learn more about using Wi-Fi calling on your smartphone, take a look at this article.
​
But is Wi-Fi Calling Safe?
First, the good news: yes, WiFi Calling is safe, even though your data (in this case, your voice) is being sent over possibly unsecure WiFi networks. That’s because your mobile carrier encrypts your voice, including when it’s sent over WiFi networks. So even if your voice is sent over public WiFi hotspots, it’s being encrypted by your cell phone provider, and therefore useless to WiFi hackers. However, some third party voice-over-WiFi apps bypass your mobile carrier and therefore may have no encryption. If you are using one of these third party apps, and your phone is connected to a public WiFi hotspot, you could be in danger of being overheard by WiFi hackers. 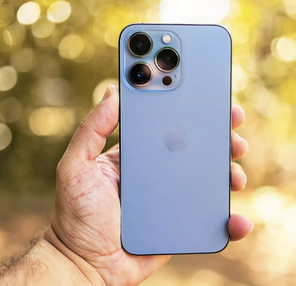 iPhone 14 Rumours
The release of iPhone 14 is just a few weeks away now, but for those who want a sneak peak of what Apple has in store for the new iPhone, there are lots of online sites digging into this year's rumours. Apple likes to play its cards close to the chest when it comes to their latest and greatest, but there are a few things that are already pretty well known about the new iPhone.  To learn more about what Apple is planning for their end of September surprise, take a look at this article. 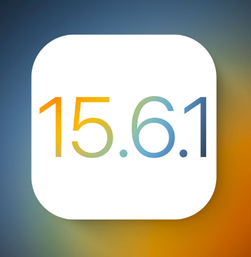 Apple Update iOS 15.6.1
Apple released back-to-back updates for iOS and Safari last week, both numbered 15.6.1. The iOS update was released on Wednesday and the Safari update was released Thursday, and both address security vulnerabilities. Apple wrote that it's aware these vulnerabilities may have been exploited so people should update their iOS and Safari as soon as they can. To learn more about why you'll be doing yourself a favor to update to iOS 15.6.1, take a look at this article.